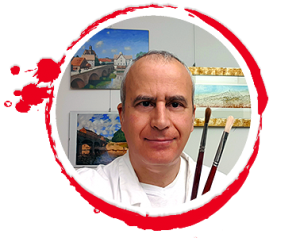 My name is Michele Boito, I am a self-taught who loves both oil painting and drawing (among the techniques used: pencils, charcoal, sanguine and pastels). Everything I learned comes from observation and from some manuals from which I draw tips and suggestions. Working I manage to dedicate to painting only a few afternoons a week but despite everything with the application and perseverance I have achieved some good results. Painting relaxes me and helps to release the stress accumulated during the day.

“Those who daydream are aware of many things that escape those who dream asleep.” Edgar Alan Poe 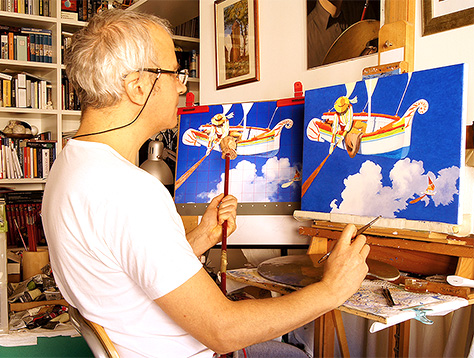 For me, dreaming is a key word intrinsically inherent in my being and the aphorism of Edgar Allan Poe that I report above is particularly dear to me. It is a phrase in which I identify a lot. I do not mean the dream “with your eyes open” only as the desire to reach distant goals or objectives or a simple escape from reality, but above all a different way of knowing the world around us and access to other dimensions of existence where you can try those feelings of quiet, peace and harmony often unattainable in daily life. I hope that my works also succeed in those who observe them to induce these feelings. In this society that strangles and oppresses us with regulations, norms, bureaucracies, contingent times that kill the part most inclined to the imagination and creativity inherent in each of us the artistic practice in all its forms or the only use of

the aesthetic experience deriving from placing oneself in front of a work of art constitute one of the possible escape routes, antidotes that can save us. Putting yourself in front of the canvas whenever possible after a working day of collective madness and sometimes of pure uselessness allows your mind to regenerate temporarily, to enter the magical world of the painting, to clean up from all those cold notional waste that has occurred accumulated during the day. Therefore art is both an inner escape and regeneration and also as a tool for improving knowledge of the real world. Forced by abstruse and bureaucratic works, we have also lost the ability to be enchanted in the face of beauty, understood as an aesthetic experience that generates in the mind processes that induce a state of pleasure, harmony and contentment.

... for me, dreaming is a key word that deeply permeates my being ...

For me, painting, even if at my modest levels, means effort but also satisfaction in achieving a good final result but also pleasure deriving from the properly physical act of handling colors, creating the mixes on the palette, giving life to shapes on the surface of the canvas. I started as a child with drawing but only in the last ten years I began to devote more effort to artistic practice, without however attending real courses if not a year at a painter in her studio in Bologna. I base a lot on observing the real data, the details, sometimes leafing through art and drawing manuals. 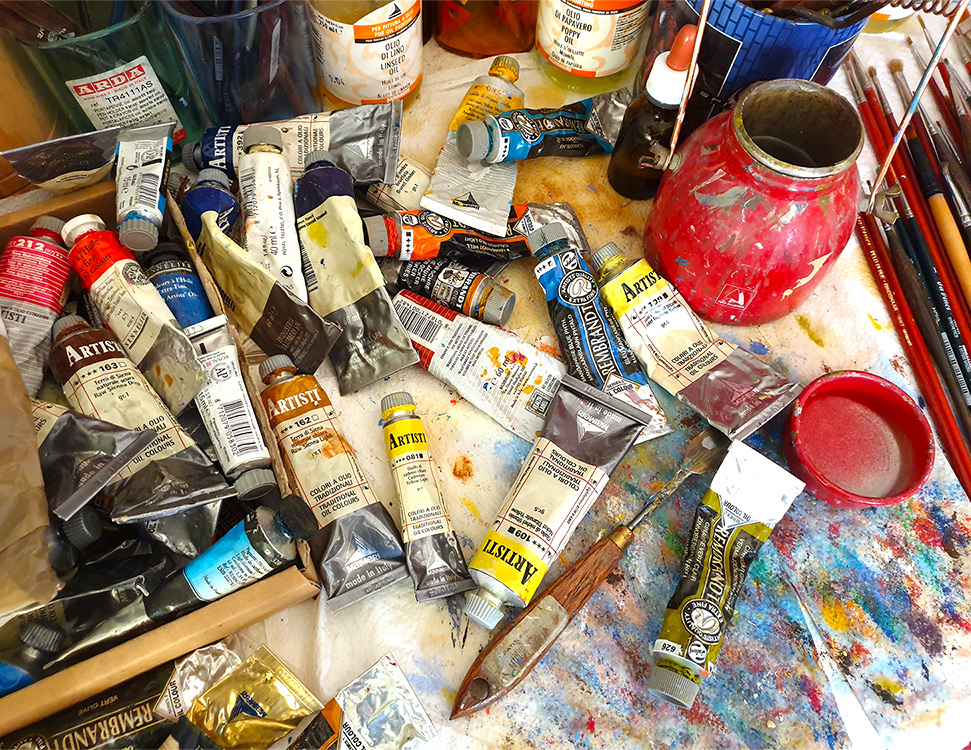 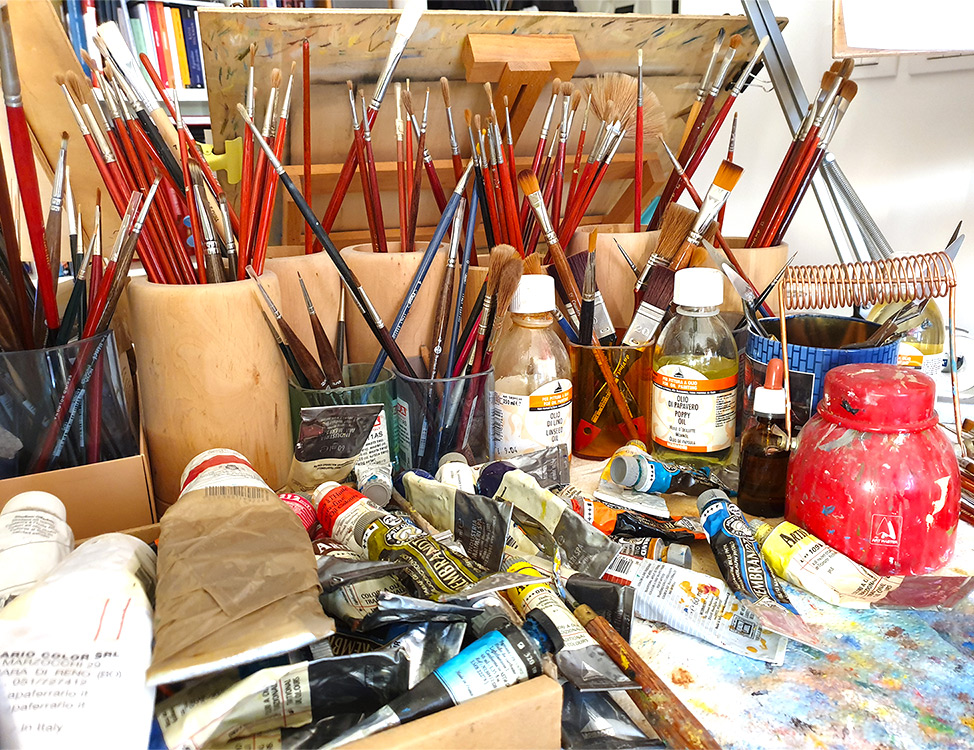 Much is entrusted to attempts, with errors which are then attempted to be corrected. In the subjects I certainly based a lot on the mimesis of reality using photographs of places taken during the various journeys made in the company of my sweet Fabiana, however in the last works I let my “fantastic part” re-emerge trying to give life to works that they were born from an imaginative idea and not from a travel photo, with the consequent realization first of a pencil study and then of the actual painting or drawing.

I am greatly influenced by the metaphysical themes of the squares of Dechirico, by the geometry of the shapes and the relative serenity of the sharp and silhouetted outlines but also by the imaginary world of the great animation author Hayao Miyazaki.

I leave the final judgment to you and I hope that you will find some works that can convey pleasure and serenity.